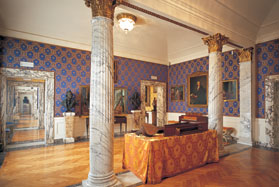 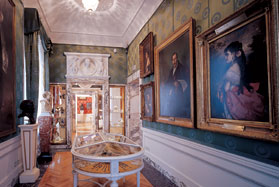 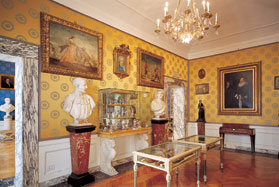 A little history of the Scala Theater of Milan

After the fire of February 25 of 1776, the Ducal Theater was destroyed and the ninety owners of the theater boxes asked to the archduke Ferdinand of Austria the construction of a new theater. The neoclassical architect Giuseppe Piermarini created a first design rejected by the Austrian governor. The second design was accepted by the Empress Maria Theresa I. The new theater got its name because it was built in the former location of the church of the Santa Maria alla Scala church. This was demolished, and within two years Pietro Marliani, Pietro Nosetti and Antonio and Giuseppe Fe built of the new building inaugurated August 3rd of 1778 like Nuovo Regio Ducale Teatro alla Scala. Like many other theaters of the time, La Scala was also a casino.

The original structure was restructured in 1907 changing to the design we know today. In 1943, the bombings of World War II seriously damaged the theater which was rebuilt and re-released on May 11, 1946 with a concert directed by Arturo Toscanini. The Teatro alla Scala was the host of many famous operas maintaining a very special relationship with the composer Giuseppe Verdi.

The theater was restored from 2002 to 2004 and the project was designed by the architect Mario Botta. During this period the company moved to Teatro degli Arcimboldi. A controversial restructuring since it had two different philosophies. The first was to demolish the entire area behind the stage to create a modern and functional service area, "worthy of one of the most important theaters in the world." The other philosophy was to restore to La Scala Theater to its original splendor by eliminating all subsequent modifications. Finally the two ideas were combined with an exquisite result!

For the reopening of the theater was chosen the same opera used in its opening "L'Europa riconosciuta (Europe revealed) of Antonio Salieri.

What is the Scala Theater of Milan today?

Currently the building of La Scala in Milan has a museum with an extraordinary collection of paintings, sketches, statues and other documents related to the opera.

Also after the last restructuring, the carpets and paintings that hided the original marbles were removed and, to the extent possible, the decorations of the 18th century were recovered. The area added to the back of the stage has the ability to keep more sceneries. On the other hand, the stands were equipped with monitors where the libretto languages can be chosen English, French, or Italian.

Curiosities of the Scala Theater of Milan

Did you know that the composer Giuseppe Verdi did not perform at the La Scala Theater for many years? Despite Verdi's special relationship with the theater, he accused the orchestra of modifying his music.

Did you know that Maria Callas debuted at the Scala in Milan on April 12, 1950 with Aida? Unfortunately the reception of the public was so cold that she left the stage without finishing the interpretation. In the second representation of this work, the following December, reaped her success and got the name of the Divine.

Why visit the Scala Theater of Milan?

The Scala Theater in Milan is one of the most important Opera theaters in the world. It is located in the town hall square next to the Vittorio Emanuele II Gallery and the Duomo Square in Milan.

Since its construction, and for more than two centuries, La Scala Theater in Milan has acquired prestige throughout the world. Here the works of the greatest composers, famous singers, concert directors, conductors and choirs have been presented, whose names will remain written for ever in the history of classical and lyric music. Among them we can name, Alfredo Catalani, Giuseppe Verdi, Giacomo Puccini, Gaetano Donizetti, Gioachino Rossini, Arturo Toscanini, Victor de Sabata, Guido Cantelli, Tullio Serafin, among many others.

On a short distance from the Scala Theater of Milan is the Vittorio Emanuele II Gallery, also known as "The Milan Showroom", a shopping gallery designed in the 19th century that contains the most famous shops in Milan as well as restaurants with terraces facing the gallery. One of the entrances to this beautiful gallery ends at the square where the Duomo of Milan is located. The Cathedral of Milan is an impressive Gothic cathedral that is located in the heart of the city.

It is possible to visit the interior of this majestic duomo but it is also possible to visit its Terraces. The panoramic terrace occupies practically the whole surface of the roof and offers the possibility to walk and admire the beautiful views of the city.

Very close to the Scala Theater in Milan is the Brera Gallery, considered one of the best art collections in Italy as it houses works by such great artists as Raphael and Caravaggio. 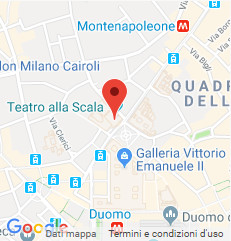