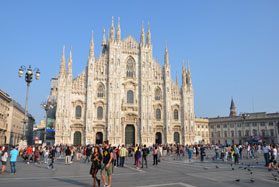 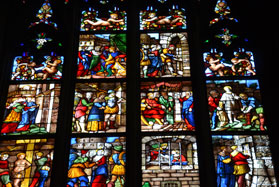 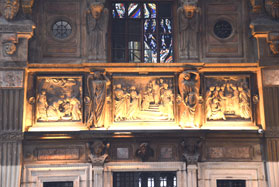 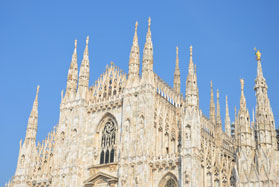 A little history of the Milan Cathedral

The construction of the Duomo of Milan began in 1386 and ended in 1965, it took place in the same location where the St. Ambrose basilica was located since the 5th century to which in the year 836 the Basilica of St. Tecla was added and destroyed by a fire in 1075. The construction of the Cathedral Visconti with the aim of renovating the area and celebrate the policy of territorial expantion of the Visconti.

The construction of the cathedral took place over a period of five centuries during which different architects, sculptors and artists made their professional contribution in the famous "Fabbrica del Duomo" (Cathedral Factory) which was an institution composed of 300 employees leaded by the architect Simone da Orsenigo. Galeazzo granted to the Factory the exclusive use of the marble of the quarry of Candoglia and exonerated the payment of taxes.

In 1389, the Frenchman Nicolas de Bonaventure was appointed chief architect giving the cathedral a strong Gothic imprint. Thus, the exterior of the Cathedral is covered in pink white marble as well as the top that finishes with an infinity of pinnacles and towers crowned by statues that contemplate the city. Giuseppe Perego sculpted a golden copper statue in 1774 that was located at the highest point of the temple and is known as the Madonnina which became the symbol of Milan.

This impressive project resulted in a unique architectural work, which fuses the international Gothic style with the traditional Lombard architecture.

What is the Milan Cathedral today?

Contrary to what one might think, despite its large dimensions, the interior of the Milan Duomo is incredibly welcoming. The beautiful, colorful stained-glass windows depicting scenes from the Bible are visible, reflecting an ethereal light on the floor of the church. It is now possible to descend the marble staircase to the Cathedral Treasure to see and appreciate the paleo-Christian and Romanesque objects. It is also possible to climb the cathedral ceiling to admire a spectacular view of the city.

The cathedral continues in operation, in addition is the seat of the archdiocese of Milan and inside religious services are carried out regularly.

Curiosities of the Milan Cathedral

Did you know that the Duomo of Milan with its 45 meters of height is barely exceeded in size by the Cathedral of Beauvais of Paris with its 48 meters of height? The cathedral of Milan, better known as Duomo of Milan, is an impressive church that has five naves, one central and four lateral, with about forty pillars, also is crossed by a transept followed by the choir and the apse. The central nave has a height of 45 meters and its construction was done in brick covered with marble.

Did you know that the Duomo in Milan is one of the largest Catholic cathedrals in the world? The Cathedral of Milan has 157 meters in length, 11,700 m2 and with a capacity for more than 40,000 people.

Why visit the Milan Cathedral?

The Cathedral of Milan is a church or great dimensions composed in its interior by big dark marble blocks where its possible to admire its stylized and spacious style with long columns of marble and carved statues that reach the ceiling. Among these columns are hanged large pictures representing different religious scenes. In addition it is possible to see the skeletons of different saints dressed with their finest clothes. Among the most striking elements are its beautiful stained glass windows and the statue of the Apostle Bartholomew.

How to visit the Duomo of Milan Cathedral?

The Duomo of Milan: those who pass through the city can't miss this magnificent example of Gothic architecture, rich in spires that have made it the symbol of the city of Milan. To visit and to avoid the long lines that are almost always present at the entrance, we recommend the reservation of a group guided tour, which can also include the ascent to the beautiful terraces. Another option is a visit with a private guide who will accompany you, if you wish, also to discover the historical center of Milan.

To visit the Cathedral, you can buy the priority entrance ticket for the Duomo + Audioguide of the city of Milan or the Duomo Pass Lift + Milan Audioguide. The second one includes the Duomo of Milan, the Crypt of St. Charles, the Archaeological Area, the Duomo Museum, the Church of St. Gotthard and the Terraces of the Duomo (ascent by elevator).

Very close to the Duomo of Milan is the refectory of Santa Maria delle Grazie where you can admire Leonardo da Vinci's Last Supper, one of the best-known works by this Italian artist, a painting that seems to contain myths and mysteries related to the culture of the time. This exceptional work of art is located in the ancient church of Santa Maria delle Grazie, one of the most famous cultural sites in Italy as a World Heritage Site.

Very close to the Duomo of Milan is the Pinacoteca Ambrosiana which was created with the purpose of inspiring new artists and now houses some of the most extraordinary masterpieces of all time such as The Musician by Leonardo, the Basket of Fruit by Caravaggio, the Adoration of the Shepherds by Tiziano, "The Madonna and Child with Three Angels" by Botticelli and the "Flowers in a Glass Vase by Jan Brueghel among many others. 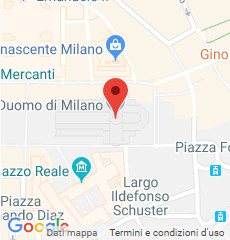